Linda was a senior student of Master Chan Cheung prior to his passing, training in Lung Ying (Dragon Style) Kung Fu since 1997.

Linda was authorised to teach Lung Ying from Master Chan in 2003 when he retired after 30 years of teaching the art in Hong Kong and Australia. She has travelled the globe in her dedication to the art, training and meeting with many top Dragon Style masters in Hong Kong, China, USA, UK, Ireland, France, and spent 3 years overseas - 2 years of which was in London training with the UK Dragon Style Association.

Linda has also made several trips to Hong Kong and China in continuing her training of Lung Ying, and has performed at annual events held in Waichow China, and Hong Kong.

In 2009, at the Dragon Sign Athletic Association's 40th anniversary celebration in HK, Linda was awarded as the Regional President of Australia, recognising her as the representative of Master Chan Cheung's lung ying legacy in Australia.

Linda also holds certificates in lion dancing; a tradition which comes hand in hand with traditional southern kung fu. Linda was invited to attend the Overseas Chinese Cultural Exchange tour in Shenzhen China 2006, where she spent 2 weeks training 6hrs everyday in the art of lion dance with other attendants from Canada, Mauritius, Philippines, US and Christmas Island. 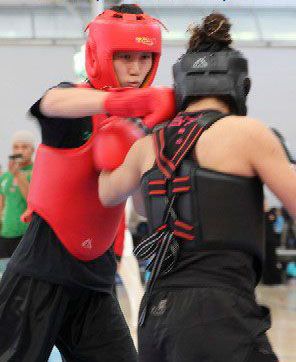 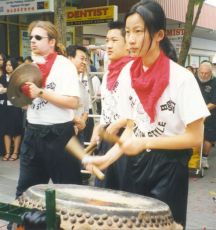 "Lion Dancing is an integral part of traditional southern kung fu styles. I started learning how to drum a few weeks after I joined the Association, and learnt the head movements from watching my seniors perform whilst I matched the beats to their movements. Considering I was young, female, and very skinny, I didn't get much opportunity to practice being in the lion myself, however my seniors would teach me during free class time whenever possible. I missed many CNY dinners with my family performing with our club at temples around Sydney, so when I was invited to further my lion dance knowledge in 2006 in China, it was an opportunity I couldn't pass up. Training 6hrs everyday sounded like a dream! It was very intensive and a lot of hard work, but definitely an experience I will never forget."

Linda lives and breathes Lung Ying, and has also travelled to Thailand and Cambodia training at fight gyms in the nation's capitals to gain experience in furthering Lung Ying training. She is also a qualified Master Trainer with the Australian Institute of Fitness, an Advanced Level 3 Instructor with the Register of Exercise Professionals UK, and spent 3 years overseas in Canada and UK personal training clients in weight loss and strength conditioning.

Linda returned to Australia in 2010 and restarted the club in April 2011, six months after the passing of Master Chan Cheung.

"One of the aims of the Association is to provide people from all backgrounds the opportunity to learn new skills and knowledge to apply in their daily lives, via the disciplined nature of training Dragon Style kung fu, lion dance and volunteering. My goal is to provide an environment where students can train hard, feel welcome and safe, make friends and not only learn kung fu, but to gain skills and abilities to become the best person they can be and give back to the community."